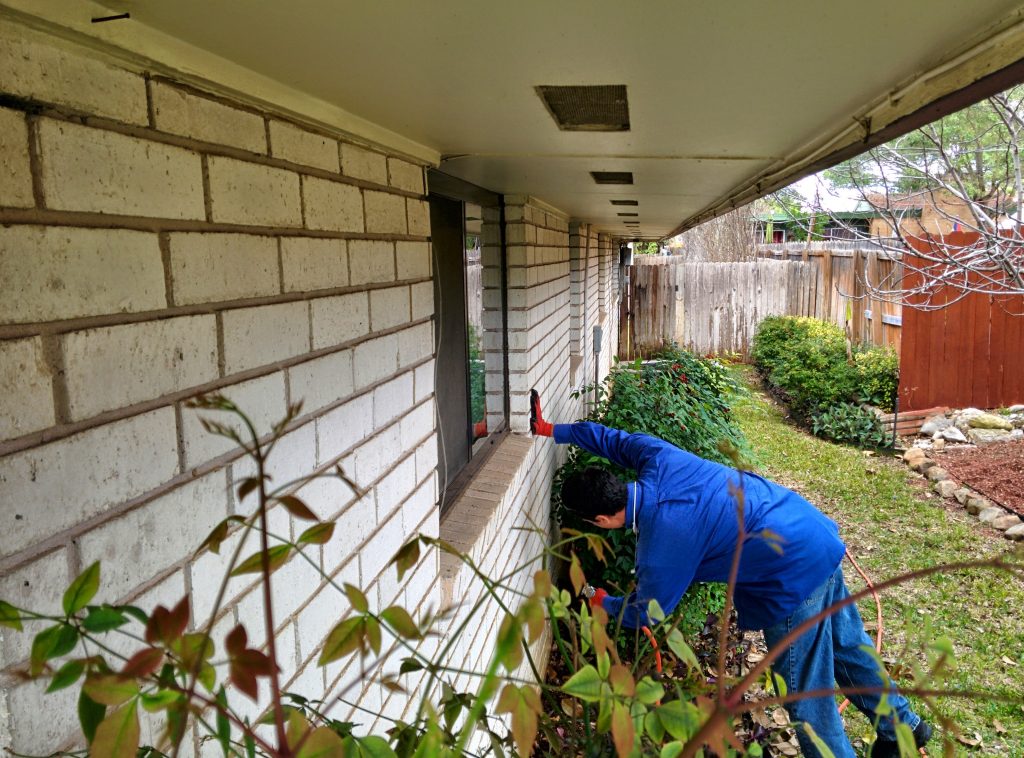 Simpl has been keeping San Antonio pest free since 1984. Simpl offers a variety of pest control services, including: commercial pest control, mosquito and tick control, termite extermination, cockroach and carpenter ant extermination, mice and rat control. We save you money and time with not having to worries about the pest. We will take care of them guaranteed. You won’t find a better deal. Sign up today and save.

We knock them dead.

Our professional exterminators will assess your pest control problem and recommend an effective solution to keep your San Antonio property pest free.

San Antonio Termite Control: Simpl gets rid of termites for good. San Antonio customers can rely on Simpl for an end to their termite problem.

San Antonio Commercial Pest Control: Whether your pest control problem is inside or outside your San Antonio facility, Simpl will take care of it.

Mosquitoes and Ticks in the Backyard

Some of the most common outdoor pests, mosquitoes and ticks can plague any yard, especially those near wooded areas. Primarily feeding on humans, these bugs are sure to make an appearance at any backyard barbecue. Capable of spreading debilitating diseases such as West Nile virus and Lyme disease, mosquitoes and ticks pose a far greater threat than just their bites.

Stinging Insects in the Backyard

A number of stinging insects such as yellowjackets, wasps and hornets can wreak havoc on any outdoor activity. The National Pest Management Association reports that stinging insects send more than half a million people to the emergency room every year. These pests build nests in a variety of places around the house, such as overhangs, eaves, the underside of porches and decks, in trees and along fence lines, and in ground nests around the yard.

Ants in the Backyard

There are more than 700 ant species found in the U.S., so it is not surprisingly that homeowners may stumble upon an ant hill or two in the backyard. These backyard bugs are social insects that typically live in underground colonies. Many types of ants like Argentine ants and pavement ants build bests beneath plants and sidewalks. If you live in the southern United States, you are more likely to come in contact with red imported fire ants (RIFA), especially in landscaping in the backyard. Fire ants will sting if their nest is disturbed, and the sting can be quite painful.

Scorpions in the Backyard

While residents in the northeastern part of the country need to worry about blacklegged ticks, those who live in the arid southwest should be on the lookout for scorpions, especially in the backyard. Scorpions prefer dry habitats and will dig burrows in the soil for shelter. During periods of hot weather, scorpions may enter homes through wall voids. Scorpions are known to sting as a defense mechanism or to kill prey. Some scorpion species possess dangerous venom that can be fatal.

Fleas in the Backyard

Attracted to warm-blooded hosts, fleas typically make their way to yards in search of people and pets. They can also transport themselves on rodents and other wild animals, quickly making their presence known upon arrival. Although they have a short lifespan of about 100 days, females can produce up to 400-500 offspring during that time.